“No Country is Perfect” – the doctrine of sin and relativised wickedness 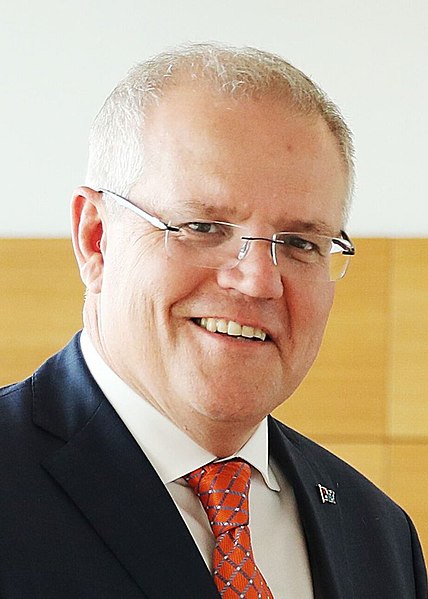 In response to being asked about the recent Amnesty International report which accuses Israel of committing the crime of apartheid against Palestinians, Prime Minister Scott Morrison replied that  “no country is perfect.” Like many of Mr. Morrison’s quips and speeches, a theological current or tradition can be found lurking beneath the surface. It can be helpful, therefore, to draw this theological background out to consider why Mr Morrison might have so quickly drawn on this remark as a defence for such an accusation.

In his letter to the Romans, the Apostle Paul seeks to dissolve the distinction between the Jews and Greeks by reminding his audience that all have sinned and fallen short of the glory of God. Whether or not people had the law, no one can claim a perfect righteousness and so all are reliant on God’s grace “as a gift, through the redemption that is in Christ Jesus” (Romans 3:23-24). Paul’s argument provides the bedrock for much of the subsequent Christian tradition’s articulation of the doctrine of sin. Broadly speaking, the tradition categorises all humanity equally as sinful, and while this status is – fundamentally – no fault of our own (as sin is consequence of a primordial fall) it is yet something that each individual is responsible for (and thus we all rely on the redemptive work of Christ, who knew no sin, and yet became sin, so that we might become the righteousness of God – Paul again, though in a different letter this time).

While Paul may have pursued this argument to counter division in the church and to emphasise the gift of grace that does not need to be earnt, the problem emerges in how this particular formulation of universalised (and equal) sinfulness has been utilised to skirt calls for accountability and recompense.

A characteristic deflection of accusations of abuse, wrongdoing, or bigotry in the church is to remind the one doing the accusing that “we are all sinners”. The case of Ravi Zacharias is demonstrative. Devotees to the internationally renowned minister and apologist, who was found to have abused women across the globe for more than a decade, appealed to this very line. They emphasised sin’s ubiquity, Zacharias’ similarity to the great King David (more on him soon) and the power of God to “accomplish much good” through fallen people. This relativising through universalised depravity is also employed to argue that Yes, while this classic theologian might have enslaved people, every theologian has sinned, and so we should probably keep assigning him to reading lists? Or, Yes, this minister did engage in an unethical sexual relationship with someone in their pastoral care, but do we not all lust, all covet, all gossip… Should we not recognise that we share these trials and temptations and so welcome a chance to reconcile and move forward? This sanctified bothsidesism seeks to whatabout around the reality that some are far more sinned against than sinning. The declaration that all have sinned functions in much the same way as declaring all lives matter – flattening out the particularities of structural and systemic power imbalances and violence under a supposed equality in sin.

There’s a story in the Bible, found in 1 Kings 21:1-20. It involves a king named Ahab, who desires the vineyard of a Jezereelite named Naboth, but Naboth refuses. Naboth says “The Lord forbid that I should give you my ancestral inheritance.” In its opening lines the tale establishes a power imbalance, a desire to posses land, and the refusal on the basis of a responsibility and connection to the land handed on through ancestry. The refusal puts Ahab in a sulk, so his wife, Queen Jezebel, hatches a plan to have scoundrels trump up fake charges against Naboth so he will be stoned to death. The plan is executed, and so is Naboth. Jezebel tells Ahab to go and claim the now (apparently) unclaimed land. God is enraged by this abominable crime and sends the prophet Elijah to pronounce the judgment upon Ahab (which involves dogs licking up his blood and disaster meeting his children and grandchildren). It would be nothing but abhorrent to respond to a story such as this and say, no one is perfect. To insist on the ubiquity of sinfulness is to seek to muddy the reputation of the dead and so diminish the horror of the crime. Sadly, not only do we consistently see just this in the wake of police and military violence, but also in pursuits of “better discussions about abuse” that insist “we must acknowledge that even when we were sinned against, we are still responsible for the sins we commit”).

So perhaps it is unsurprising that this kind of victim blaming and sin-sharing is common in the interpretation and proclamation of another story concerning the sin of a king of Israel. If you’ve not spent much time in church (or spent too much time in entirely the wrong church) you might recall the story of David and Bathsheba as one of illicit seduction (on the part of the latter) and regretful infidelity (on the part of the former). Yet, the words on the page (2 Samuel 11) place no such intention on the part of Bathsheba and instead detail her rape (without using the term), and the subsequent (murderous) plot hatched by David to cover it up. For too long and in too many sermons, the brutal and despairing nature of the story has been obfuscated behind a shared sinfulness and washed clean in David’s poetic repentance (where he admits that he has sinned against God and God alone…. omitting, one notes, the woman he raped and the man he murdered as objects of his sin).

The point is that while Christians have, in their scriptures, plentiful examples of the sin of the powerful being resoundingly condemned by God, they also have within the tradition a well-rehearsed pattern of avoiding truth-telling and accountability through an appeal to the universality of sinfulness and thus our shared complicity in the wrongs of the world. This is also why so many Christians have difficulty getting on board with the reality of systemic injustice and societal privilege: if you believe that at a fundamental level all humans are sinful and all have before them the same path to redemption –then to point to a symptom and remedy outside of the story of Adam and Christ is to shift the blame and deny the personal responsibility all peoples have for their sinful state and the impact it has on their lives and communities.

And so we return to Mr Morrison. We cannot be sure whether, in the seconds between hearing the question and responding, he drew from his devotional study of Paul, or the tradition of Augustine, Luther, and Calvin. And yet, as one steeped in the church – its songs, scriptures, and sermons – Morrison has a Christian imagination. And the Christian imagination for many, knows that no one is good except God alone (Luke 18:19), and so it is evident that no one (or no country) can be perfect, and to insist so is to deny the necessity of Christ and his sacrifice on Calvary. This imagination does not need to lead a Christian to a milquetoast relativism that cannot accept that the situation of Israel and Palestine is not one of equally imperfect sinners, but the systemic, prolonged, and unequal violence of oppressor and oppressed, but it can, and perhaps here, it has.

Liam Miller (him/his) lives on Gayemagal land. He is an ordained minister in the Uniting Church in Australia and a PhD candidate at Charles Sturt University researching theatrical adaptation and Christian doctrine. He also hosts the Love Rinse Repeat Podcast.