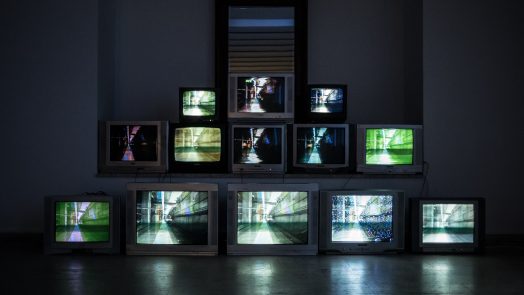 ‘The story that we may not know, watching from the safety of our couches, is that of Ameer (Bazzi). A father who will stop at nothing to see his family in the imagined safety of Australian borders, only to have his family, hopes and sanity ripped apart…And this is where the drama lies. It lies in the truth…’

In these times of binging TV shows and consuming screened content as pure, mindless entertainment, Stateless hits its mark through clever and cinematic points of view — asking questions of the audience, and causing them to ask questions of themselves, their leaders and their country’s policies. Stateless elicits a response through its various perspectives: a fable, revisionist history, adaptation, a call to arms, a political jumping off point and as a pure piece of television.

Just as Cornelia Rau’s story is the well-documented Trojan horse used to spotlight the plight and mistreatment of the ‘unlawful non-citizens’ within Australia’s detention centres, so too is the all-star-cast in bringing this story to light and life. Watching a preview, Cate Blanchett, Jai Courtenay, Yvonne Strahovski, Dominic West, Asher Keddie are showcased as the stars, an attractive invitation to what might otherwise be a rough narrative journey. And this is alongside the creative talents of Tony Ayres, Elise McCredie, Emma Freedman and Jocelyn Moorhouse in script writing, development and directing, which combined allow an easy entry point to the story. An all-singing, all-dancing powerhouse of some of Australia’s best exports draw our attention to the small screen and indeed the wider picture. You might notice, however, that almost all of these stars are white. White, familiar and palatable. Thankfully we move quickly to the heart of the matter through actor Fayssal Bazzi and his fictional family, supported by the myriad of detention centre background artists —who are mostly played by refugees and former detainees of Australia’s detention centres — whose truths this series really tells.

From the opening frames of Yvonne Strahovski running through the desert, distraught and dirty, to the closing sequences by which point we have come to know and care deeply for our disparate but intrinsically linked characters, we are entertained, enlightened, enraged and engaged. The key is to stay engaged and not just notch this up to another binge-able show to brag about though lockdown. Ironically at this time of Covid-19 we have been ordered to run to the safety of our homes and our families as we watch a story of people who can’t go home, or even have a home, a story of hopeful immigrants fleeing persecution and terror from their homelands, and of Sophie, desperately running to escape her family, a cult, and the inner prison of her undiagnosed mental health.

Stateless raises many questions, but sits on the well-depicted detention centre fence with its answers. But somewhere between art and politics, entertainment and adaptation sits a keyhole of truth nested in a wider narrative. It is up to the viewer whether to launch into a deep research dive, remembering the true events, trawling the archives of the internet to relive the Tampa disaster, uncovering the brutal treatment of the ‘real life’ detention centres as the goal for 70 million men, women and children fleeing their own countries, political prisons, gender traps or a myriad of internal motives — or simply hit ‘next’ in their streaming checklist, swallowed up in the multitude of other narratives on offer from the streaming giants’ algorithms.

Stateless picks at the frayed edges of truth and unravels a wider narrative utilising strong archetypal story threads — Overcoming the Monster (for some not others), Rags to Riches (or the other way around), The Quest, Voyage and Return (again, for some not others), Tragedy, Rebirth — and within these frameworks sits the archetypical characters. Like a Commedia dell’arte troupe traversing your screen, the characters are drawn with thick outlines, bold, brash, something you can hang your hat on. We have seen most of them before.

We know the character of a struggling Aussie bloke that would do anything to make a better life for his family, but at what cost? Sure, we haven’t seen it in a detention centre before, so he is our way in, our point of view. An unwitting outsider brought into the truth behind the walls of the day to day (and day after day after day ad nauseam) of the detention centre’s literal ins and outs. Cam (Jai Courtenay) experiences change via struggle, he experiences the archetypical journey — going down to the depths of despair, questioning existence and his place in it, and rising out of the ash a changed man, his eyes finally open. His P.O.V. is important. It is that of the audience.

We know the story of a woman choosing her career over her family, fighting with her upper management, forging her place in the workforce, tougher than the men, stronger than her predecessors, pursuing justice and nursing a broken spirit at seemingly all costs. Clare (Asher Keddie) experiences growth as a character, she stops being a purse-lipped stereotype and catapults the story into a new direction at the end of our journey, allowing the audience to pursue further questions just as we, as a nation did, back in 2005. “How did this happen? What else is happening?” Down the rabbit hole we go.

And we definitely know the story of the Sophie (Strahovski), the woman who feels estranged from her family and joins a cult and falls prey to sexual predators and ultimately the latent schizophrenic demons that land her in a deadly internal spiral and an external death ridden detention centre where she can no longer run. Right? But we DO know this story — because we read it in the media. Look up any article with Cornelia Rau, or indeed Stateless or Netflix, and you will travel through a google web of facts brought to life in this fiction. She is our way deep inside the depths of the detention centre. But it is still the story of a white woman’s struggle, so yes, we know that story too. Tried and true.

The story that we may not know, watching from the safety of our couches, is that of Ameer (Bazzi). A father who will stop at nothing to see his family in the imagined safety of Australian borders, only to have his family, hopes and sanity ripped apart. His story asks the questions: “What is worse, the threat of the Taliban in his home country or the treacherous and lengthy journey to Australia ultimately resulting in a torture worse than physical pain?” And this is where the drama lies. It lies in the truth. A bending of adaptation in Sophie’s story, and a bending of the light to shine on all of the Ameers of the world’s truth. His story is most different to that of our own, in our own shores and our own homes in predominantly white, safe Australia.

But I cannot help but think what this series leaves out. This story is told in the middle of an Australian desert, in a fictional place, based on a real institution, within the factual trauma of people whose lands have been stolen. And yet the Traditional Owners of the land are not referenced, seen or acknowledged within the story of Stateless. Ironically, the absence of this throws that fact into relief, and thus raises another series of questions that I hope are addressed in another Australian series.

My hope is that Stateless leaves the door ajar for more forensic entertainment of Australia’s short comings, failures and denial of human rights. And my hope is that it will be told just as beautifully (that opening scene in the desert, the motif of the red balloon of freedom, the sparkles of a trophy night, the juxtaposition of hospital beds and prison cells, even the chain link fences shot with a shallow depth of field to reveal or blur out what is on the other side) by diverse writers, directors, cast and crew. Thankfully the question of female representation does not need to be asked of this series as there is a surprisingly long list of female writers, directors, producers and actors within the lengthy credits. Where this story may fall short in some representation, its cup overflows in others.

If I could give Stateless a metaphor, it would be that of a Swiss Army knife. A pocket sized, portable tool with enough gadgets on it to butcher open one or two cans of worms. For more cans, and more stories, we need more tools. So, the glaring absence of IIndigenous narratives and history notwithstanding, Stateless does a good job with the stories it IS telling. The tool works. It is blunt in some ways — hooking us in with Cate Blanchett in sequins the promise of a razzle-dazzle good time — and nuanced in others: the guard’s noose cutting ‘Hoffman knife’ shares the last name of Sophie’s German alter ego, Eva Hoffman.

Stateless is beautiful and challenging fact-based entertainment. It posits many questions, leaves room for answers, starts a discussion and raises debate. Whether this is with other viewers in your household, your family that you are lucky to hold so close, or — most likely — with yourself — it relies on the power of its art. It reflects real life, borrows and bends, shifting your paradigm and your point of view through Cam, Sophie, Clare and Ameer meeting at the intersection of adaptation and imagination. It’s as simple as ABC and will need to stand up to the challenges of Netflix. Stateless might not rock your world, but it may just alter your point of view and shift you off-balance.

Written by Penny Jelly, a trained screenwriter and script editor and manages an independent cinema in Melbourne. She knows stories, narratives and art, and is pleased to contribute to an ongoing discussion around complex matters depicted in Australian television.

Images used are sourced from upsplash.com