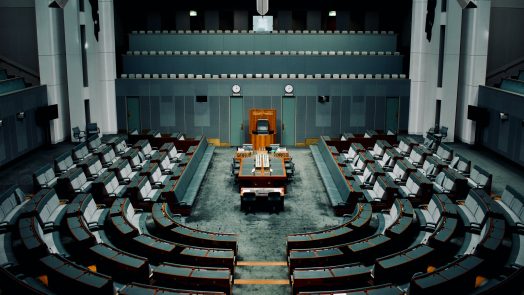 ‘Stateless reminds me that it is my government that deliberately makes the lives of asylum seekers more difficult than is needed. It reminds me that people who have sought asylum on our shores continue to be locked up in indefinite detention…’

When Stateless was aired on the ABC, I knew it wasn’t something that I’d want to watch. I knew it would bring back too many memories.

However, on being asked to be a part of this forum, I thought I would give it a go. I only watched about 10 minutes of the first episode before my chest started to tighten. I knew that persevering was not going to be good for me.

My trauma around the themes of Stateless began in 2013, when I was the Religious Liaison Officer in the offshore processing centre on Nauru. I was working with The Salvation Army – the only ‘real Salvo’ on the island as was pointed out to me many times. The Salvation Army had a large team providing welfare services to men, women and children transferred from Australia to either Manus Island or Nauru as part of the federal government’s policy to “stop the boats”. My role was to support the mental health of the asylum seekers by providing for their religious and faith needs – be they Muslim, Christian, Buddhist, Hindu, Zoroastrian.

Although I did once conduct a memorial service for a young Sri Lankan couple whose baby had tragically drowned as they made their way to Australia, my personal trauma did not centre on the stories I heard from the asylum seekers per se. My trauma, like most there, was largely from the hands of the Australian government.

The first experience was as part of a monthly panel that would give an update to the detainees on what was happening in the centre – things such as showers, food requests, clothing supplies and activities. One man, large and with a good command of English, dismissed the offerings of the suite of providers, insisting that all he wanted to know was when were their claims for refugee status going to be assessed and how long would they be on Nauru. When the representative from the Australian Department of Immigration washed his hands of any responsibility by insisting that it was the Nauruan Government who handled refugee applications, I hung my head. I felt ashamed to be an Australian. Here was the representative of the only Australian government department on the island saying it wasn’t our responsibility – except for the fact that we sent these people to Nauru and paid the Nauruan government to keep them from leaving. I felt betrayed by my own government. This was not at all the fair go for all that I’d thought Australia was all about. Here was a meanness of spirit couched in terms of “stopping the boats” and “preventing drownings at sea”.

This meanness of spirit was added to as I tried to permanently establish prayer spaces in each of the centres. When the offshore processing centre was reopened in 2012, separate prayer rooms were established for the Muslim and Christian cohorts. After the riot and fire of 2013, it took a long time to reinstate permanent prayer rooms, partly because the centres were in a state of flux and being developed while more and more asylum seekers were being brought to the island. At one point all the service providers on the island were given only two weeks to get an entirely new centre fully functional, including welfare, food, cleaning, transport, accommodation and security. It was the deliberate obstruction by one Department of Immigration official that shook me next.

I pressed for the establishment of prayer spaces, knowing that these were safe places for asylum seekers to meet and pray, and essential in aiding their mental health. But I was continually met with objections and one hoop after another to jump through: write a paper, send in an application, justify the need! Every obstacle was put in place against a basic and essential service for asylum seekers. This was a lifeline so desperately needed. In February 2014, with only weeks to go before I would leave Nauru for good, a new immigration official arrived on the island and questioned me as to why there were no prayer spaces available for the detainees. I told the new official of my ongoing quest to have the prayer spaces established and provided whatever documentation I could to support my claim that I had been doing all I could to get them set up for months. On the morning that my request was to be tabled at the heads of service provider meeting, I was questioned as to why the prayer spaces were necessary. The official who had consistently blocked my requests suddenly announced that the provision of prayer spaces formed part of the legal requirements that The Salvation Army was responsible for. This official knew and still knowingly blocked it at every turn – until then. On my final day on the island, I left the leaders of the Muslim and Christians groups in one of the centres discussing ways that they could adequately share a prayer space that had finally been provided. I’d done my job.

Written by Bronwyn Williams, ‘The Bias Specialist’.  Bronwyn confronted her own biases when working with asylum seekers on Nauru. She works with executive teams to build awareness of bias and its implications for company health and, by addressing them, to enhance productivity and culture.

Images used are sourced from uplash.com