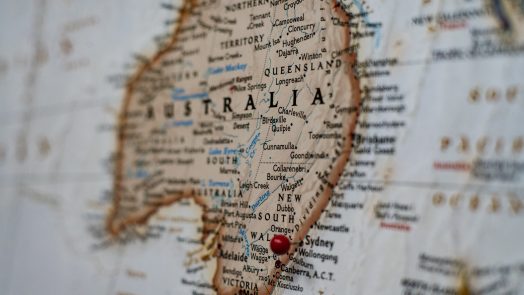 All of which speaks to a deeper and more prevailing problem of western storytelling. What’s missing in Stateless, and what’s missing in so much of our discourse around immigration, is a discussion of those true events inspiring our current global crisis…

Stateless is a six-part television series that was aired on the ABC in March 2020 and in recent weeks, was released on Netflix. Weaving the stories of four disparate characters caught up in the scandal of Australian mandatory immigration detention, the series turns on the shame of a nation. Piece by piece the character arcs explore the structural forces that back individuals into corners, forces that produce the kind of citizens who enforce detention and the kind of detainees that apparently warrant the system. Locally this was an immensely popular series, and for many, triggered nostalgia for a time when Australians still cared about this unfolding horror.

There is a lot to like about this series. Beautifully shot and well-paced, the series is engaging from beginning to end. Alongside the growing corpus of refugee and asylum-seeking film, the series offers familiar stories and, likely for many comfortable Australians, provides just enough ethical confrontation. To this end the writing is solid, employing numerous themes to good effect: belonging, displacement, and above all, the multiplicities of statelessness. However, the strength of the series is surely the acting: outstanding and outstandingly consistent. It is not surprising that many viewers have offered the show high praise.

And yet the series is troubling on several fronts. Not least of which the attempted Trojan-horse maneuver of the Sofie Werner character (Yvonne Strahovksi), the narrative centered attractive white woman, set up as foil for the larger story of Australia’s systematic torture of refugees and asylum seekers held indefinitely in detention. To be clear, there is here an absurdly ripe opportunity for such a move: the real life events of Cornelia Rau , an Australian resident who was unlawfully detained for 10 months, were the catalyst for widespread Australian outrage at immigration detention centre practices. But just like in real life, sustained and shifted analysis in Stateless never finally moves to Australia’s violent immigration policies and nationalistic, obsessive discourse around “border protection” – violent policies and practices that have only escalated since the staging of the Stateless story, and climaxed in the 2013 announcement of offshore detention . Inspired by True Events indeed. Despite intention, Stateless is unable to follow through, perhaps an inevitable outcome when three of your four protagonists are white folk with complex personal struggles. In art as in life, we and our very important issues always overtake the story.

All of which speaks to a deeper and more prevailing problem of western storytelling. What’s missing in Stateless, and what’s missing in so much of our discourse around immigration, is a discussion of those true events inspiring our current global crisis.  As is usually the case, Stateless attempts to expose procedural or legal problems as discrete flaws in the system. The series ends with the all too familiar reform announcement, informing the viewer of the proceeding independent reviews.  And while it reminds us that there are currently over seventy million people seeking sanctuary, the situation floats as a problem abstracted from time and history.  But for Australia, like most western nations, this is an issue tied up in a long history of western colonial dispossession and later, neoliberal nation building.

It’s telling the Stateless, like most narratives around immigration detention, never makes a link to displaced first peoples.  The mythological construction of nations and borders – ones that require protection and restrictive access – are already reified in “our” shared national consciousness. In this myth Australia exists in as much as we own the land and are thereby mandated to enact economies of resource commodification and property ownership, solely for our benefit. The fear of open borders so easily sold by politicians and the media is an all too easy veil for our fundamental concern about what is ours and what we don’t want to share. The fact that Australians are now largely desensitised to these shameful immigration policies is symptomatic of the extent to which the contemporary nation state has become a teleological category, a signpost for the end of history. Thus producing a position that allows for large-scale disavowal of the true events of colonialism and the Atlantic slave trade, and their afterlives. Afterlives that can be traced not only in a global refugee crisis, but here on the land Australian’s call ours.

By invoking a doctrine of Terra Nullius, British colonisers birthed in the Australian consciousness the idea that certain people groups existed outside the nation. In turn, these people groups had neither a direct responsibility to the Sovereign – so that Aboriginal and Torres Strait Islander peoples were only subject to the law in matters that affected white settlers – nor any claim upon it. For Aboriginal and Torres Strait Islander peoples this essentially meant this land can never be yours. Driven by the imperialist concerns of the British Empire, such legal manoeuvring is hardly surprising. Nor is it surprising that colonial expansion strategy was happily married into the more contemporary forms of industrialised capitalism.  Australia, as it now exists, continues to enact similar claims to the people groups deemed outside the nation: this land can never be yours. At the core is this wonderfully democratic assumption that we own the nation.  As long as we command possession of our borders, our culture, our policies, we can ensure the future prosperity of our commonwealth. Under this regime, those deemed outside the nation will always threaten what is ours. It may seem rather circular, and that is because it is. In the end, the ends will always justify the means.

What I am suggesting is that there is a significant relationship between Australian immigration policy and the very real events of colonial dispossession on this land. Likewise, there is a significant relationship between the history of the West and the global refugee crisis. There are no discrete refugee stories that can be told unmoored to the catastrophic events of colonial conquest, slave trading, and global expansion. Which is to say, every day, in its efforts to discourage all and anyone from trying to cross our borders, the Australian government slowly and patiently tortures folk seeking asylum. We are not simply culpable to this moment in history. The very existence of a nation called Australia is a symptom and sign of our crisis. And this is a large, long, and complex story we need to learn how to tell. Inspired by True Events.

Written by Janice McRandal, Director of The Cooperative.