Give a man a fish… 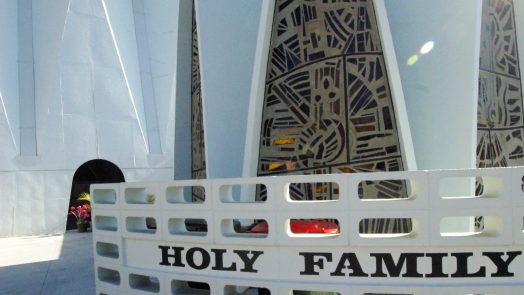 However, it seems to me unfair that I would be given this chance ahead of others. Was it through good fortune, or positive thinking?

“Give a man a fish and you feed him for one day,

Teach a man how to fish and you feed him for the rest of his life.”

This proverb is accredited to writer Anne Isabella Thackery Ritchie in her 1885 novel Mrs Dymond. Its self-explanatory meaning is no less relevant today than at any time in human history. Especially so when thought of in connection to the Churches’ dealings with people who are underprivileged or homeless.

Through personal experience, I can attest to the importance of the many things that churches and those organisations affiliated to them do for those of us who find and found ourselves in need of not only sustenance of the body, “Give a man a fish, ” but just as important, sustenance of the soul. Teach a man how to fish.

I am now living in comfortable accommodation a stone’s throw away from the Holy Family Catholic Church which I visited recently to get an insight into what I would like to put into this article. I was pleasantly surprised by the contrast to the Gothic style of the older St. Andrews that I went to in the city on Saturday’s for meals and clothing etc. Give a Man a Fish.

I find that in both the Holy Family and St. Andrews, it’s the light that inspired me to try to do something with my life,

It was whilst in St Andrew’s Uniting Church in Brisbane that I found out about how an impoverished and former alcohol abuser with no formal education could get into a tertiary level course run by the Australian Catholic University called Clemente, that on completion, would allow me to enter higher education.

It was my visit to Holy Family whilst taking in the feelings of spirituality that are brought about by the unique way the light is distributed that cemented my thoughts that in the 65 years I have spent on this planet that there was no better time than now to strike.  Teach a Man how to fish.

Of course, I understand that my particular circumstances are not the norm for all persons who are living or who have lived through disadvantage in their lives, and I have been extremely fortunate, to say the least. My chance came at a certain period in my life when I was free of dependency on alcohol and tobacco, and I never was inclined to abuse other substances.

However, it seems to me unfair that I would be given this chance ahead of others. Was it through good fortune, or positive thinking, or possibly a belief that everyone can have a higher purpose? A path that if and when it presents itself you must hold on to it with both hands. Carpre Diem perhaps?

The life choices that I made in two Churches of different denominations have changed me inexorably, and I know I can now deal with any expected or unexpected happenings that are laid in front of me in whatever life I have left.

The times I have spent studying the old and new churches like St. Andrews and the Holy Family Church which both have caused divisiveness at the time of their construction due to the final designs that were submitted have made me think of how much they contrast with the early places of Christian worship like the catacombs of ancient Rome. Where the Christian slaves would assemble out of sight of their Roman masters to practice their faith with all the dangers that sharing their beliefs entail.

Modern-day followers of Jesus Christ or those who do not believe, no matter how poor or disadvantaged, if they only knew they have a wonderful opportunity to find something without any personal cost to themselves that could change their lives forever as I found by not just visiting Churches for a place to eat and drink. Give a Man a Fish.

If only more could discover as I did, to meditate and contemplate on the aura that surrounds you in a place of worship. For the believer and the non-believer, the choice is there staring you in the face, that while a University is a place of higher learning, a church is a readily available place of higher understanding. Teach a man how to fish.

Over 85% of people in a burgeoning world population of 7.3 billion follow a faith of some kind and of those 2.3 billion are Christians. Those figures can mean nothing to many of us when we are experiencing homelessness. And yet there are those that find that their faith helps them to endure the pitfalls that life has thrown at them and are stronger because of it.

The spirit that is in evidence when queuing up for meals in the places that Christian based organisations help out is (with the odd exception) both polite and courteous amongst the homeless and those on the cusp of destitution.

Despite the belief by nay sayers and futurists that the world is heading towards the ending of all religious practices, the fact is in our time of great unrest the need to believe in something has never been greater, and the statistical evidence is there to support the case. ” There are none so blind than those that will not see.”

The Holy Family Catholic Church is a structure that was far ahead of the times in which it was conceived and still is. The churches of now and in the future may never attract the large congregations of days past. But they will always be needed to give a man a fish or to teach him how to catch one.

John Foster is a graduate of the Clemente program at the Australian Catholic University. John has a unique perspective of buildings and place, having grown up in a circus family, experiencing homelessness, and now comfortable accommodation and a beautiful campus in which to study.