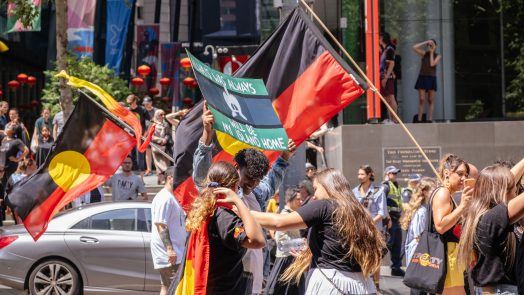 Faith Bandler was a great civil rights activist who, after campaigning full-time from 1956, went on to play a critical role in the 1967 referendum. She was of South Sea Islander descent and gave her whole life to working for the rights of Aboriginal and Torres Strait Islander and South Sea Islander Peoples. Her address to the Talkin’ up Reconciliation Convention in Wollongong in 1999 is considered one of the great speeches in the long and ongoing campaign for equal rights in Australia. In celebrating NAIDOC week, we have published the speech below in full. 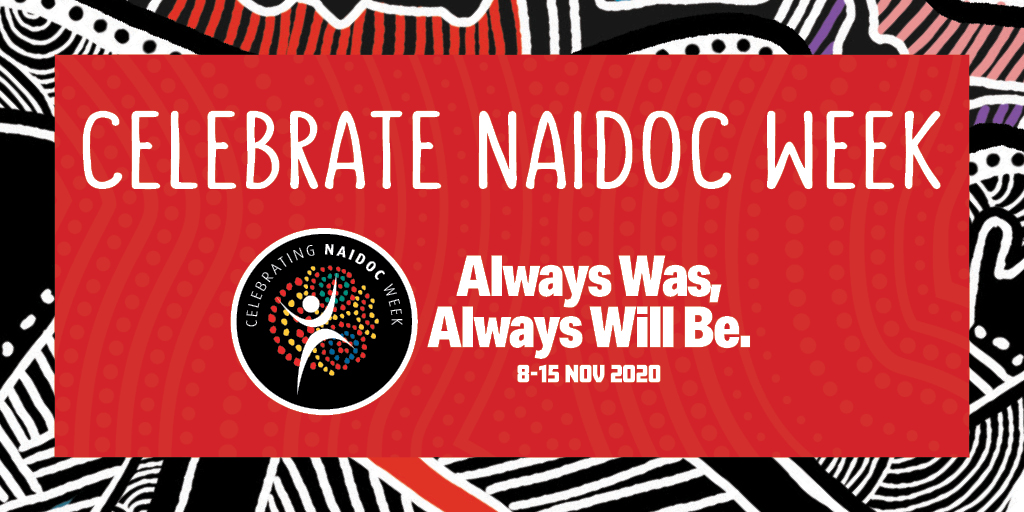 I first would like to thank the Indigenous people of the Illawarra for inviting me to come today. I was here once before and some of those past memories have been stirred with some of you whom I have had a chance to speak with, so thank you.

Lord Mayor, Evelyn Scott, Linda Burney and all honoured guests, when I put my thoughts together to come and speak to you this morning, I found a module in my thinking. It was getting in the way. There was a little sadness because I felt the reconciliation program had slowed since 1967 and then the considerable support for those who sponsored racism excused some of their terrible utterances in the name of free speech, and then the terrible tragedy revealed to us of the stolen children.

So briefly I will try to portray my thoughts of these days and the days before. Earlier we thought our efforts were set in stone. But the track hasn’t been easy and it was not so. It is hard to say what we have heard and seen recently, to hear it without shame and anger, and those are two elements which tend to stand in the way of the planning of good strategies.

Some who are here today have lived, breathed, struggled and climbed those ramparts of the rugged past, and when reaching the summit, have seen the ugliness when looking down – the disagreeable habits of those who close their eyes to the past, the willing ignorance and blindness to other peoples’ way of life, those who long for a homogeneous society where all think alike.

But I’m pleased to say that out there, there are decent people. They may have different cultures, different political beliefs, but they know there is a need to heal the wounds of the past, the terrible indignities.

My learning was rather hard and slow. It took some time for me to understand, when there are millions in the world today who are hungry, millions who are homeless, millions who are without work, the wrongfully imprisoned, the deaths in custody, the tortured, the mass murder of women and children, why in the name of creation our differences should matter.

Why is it so hard to find our commonalities?

The most commonly voiced opinions of some who are willingly blind is that we focus on the failures and faults and too little praise is given. But if praise must be given it ought not to be given to the powerful but rather to the powerless, who patiently bear the brunt of many misdeeds and indecencies.

So in the struggle to reconcile you said it’s about working together. That will mean lightening the burden of that terrible baggage that has to do with our differences. And in the short term, there’s a fair bit to do about it.

Many have worked with determination, at most times against tremendous odds, with the talk- back jockeys lined up against them, and those who are deliberately blinkered and our troubled relationships with them. They are chained in their stubbornness, but we are free, and if we need to go forward without them, then we must.

The fair-minded people out there can come along with us. None is without fault, none is without blemish, but they greatly outnumber the objectionable and the crude.

At this conference we might ask ourselves if our efforts are enough to make this country a better place for those who come after us. So you, the younger who are present, and those who are not present, have a hard job to do. You have brought change, true, but to eliminate some of the inbuilt attitudes of this society, the task is yet to be tackled.

This year Australia is celebrating 50 years of citizenship. Before 1949 we were all British subjects. Well, some were: it’s not 50 years since Indigenous Australians has the right to citizenship.

Thus the campaign for Aboriginal citizenship rights, carried on from 1957 to 1967, was rather difficult. And it’s time for us to remember that rights are not handed on a platter by governments, they have to be won.

This conference in its deliberations will consider land rights. In the efforts to hold and protect their land from the invaders in 1788, there were many who lost their lives. There were fierce battles and conflict and, true, there were lulls, in the move for land rights. But even in the most isolated communities, the people spoke about their land.

For the executive of my council, FCAATSI, land rights seemed to be put on the back burner. It was the most poverty stricken in the whole of Australia, so we had to be careful with what few resources we had. These were the matters that had to do with equal wages for equal work, particularly for the black stockmen, and other needs like housing, education opportunities, freedom of movement, the false arrests. So these problems had to be dealt with and faced and we had to mobilise the forces to meet those needs.

Until 1962. Alec Vesper came down from the community at Woodenbong in the north of NSW, and he drove us on to form a subcommittee for land rights. I recall Alec addressing the 1962 FCAATSI Conference with the bible in one hand and the dictionary in the other hand, and he told us all to get up and fight for land rights. The result of that was that a subcommittee was formed to deal with land rights and Dulcie Fowler was the secretary.

Ken Brindle, whom I know the Illawarra people will remember with great affection, once complained to me that he couldn’t talk to Dulcie, because all she could talk about was land rights. Dulcie initiated a petition addressed to the Federal Parliament for Aboriginal people to reclaim their land.

It’s a fitting time to mention briefly the struggle of the people for land rights of Mapoon, Weipa and Aurukun, particularly when Bauxite was found on their lands. And we might take strength by remembering their brave actions to combat the mining companies.

Jean Jimmy came to the south from Mapoon, and she told us how her people were forced by the police into boats to leave their land and as they sailed from Mapoon they saw their houses and their church on fire. Jean Jimmy and her people had an unforgivable fault in the eyes of the white people. They said the land they lived on and the land their forebears lived on for thousands of years was theirs.

In 1975, the Racial Discrimination Act was introduced. All rights must now be recognised, and it’s our job to make sure that they are. It is rare that a government will deliver out of the goodness of its heart, but history has shown that a genuine people’s movement can move more than governments. It can move mountains.

Dear friends, much pain has been endured in the past, and that pain is no longer designated to hopelessness. It’s time to move the process of reconciliation forward with a little more speed. That is the task. If not now, when? If not us, who?