Tags: The Forum, Desire, Scott Kirkland, The escape, The past, Time 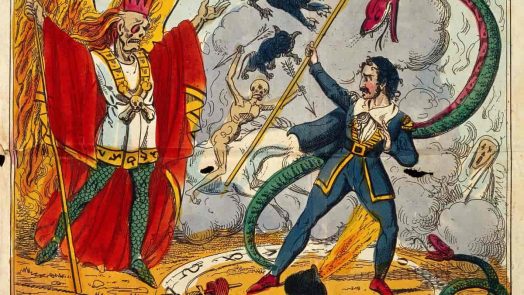 The Escape” is a filmic adaptation of a short story by Robert Sheckley. It is a reflection on possibility, on loss, and desire. I chose this short film in the middle of a long, solitary winter in the middle of the endless Melbourne lockdown. That feels like it was some time ago now. Perhaps it reveals something of my mood at the time. A desire to escape, fear of the world, knowing that leaving really is impossible. I watched my colleagues across Australian universities lose their jobs, I spoke to disheartened graduate students about career prospects. I missed my beloved grandfather’s funeral, unable to bear attending via Zoom. We all impotently watched on in horror as the virus spread (and continues to do so) and the inequalities of the world became (and are still becoming) ever more stark. Those economies that could spend, spent. Those which didn’t wield the raw geopolitical and sovereign power that accompanies this central banking capacity found themselves left further and further behind. The crisis was already a crisis, a mode of governance.

This short film isn’t without its problems, as the contributors to this forum variously outline. Why is it that “every man deserves a moment of release”, and why doesn’t the film change this misogynistic formulation of desire first found in the text? What are we to make of the strangely conservative tone that runs through the film, everyday bourgeois domestic life being the rather quaint object of desire? At the same time, however, perhaps there is a kind of honesty here. Once one recognises one’s desires, one can act in relation to them, work them through. At my darkest moments locked down, teaching my students in the spare room with my 1 year old son screaming at the door, what did I want? Most importantly, the films asks what it might mean to say that the failure of that desire is constitutive?

After he was diagnosed with tuberculosis which would eventually kill him, Franz Kafka spent a summer writing aphorisms by a lake in Zürau. He writes:

‘He is a free and secure citizen of the world because he is on a chain that is long enough to allow him access to all parts of the earth, and yet not so long that he could be swept over the edge of it. At the same time he is also a free and secure citizen of heaven because he is also attached to a similar heavenly chain. If he wants to go to earth, the heavenly manacles will throttle him, if he wants to go to heaven, the earthly manacles will. But for all that, all possibilities are open to him, as he is well aware, yes, he even refuses to believe the whole thing is predicated on a mistake going back to the time of his first enchainment.’

Kafka’s “He” is chained between two poles, heaven and earth. Unable to access either unless he escapes, he finds himself unable to enter into life. Kafka draws on the cosmopolitan language of being a citizen of the world, and the theological language of heavenly citizenship. This dual citizen is unable to live, yet he doesn’t believe it is a mistake to do with his enchainment. Who chained him, when, and why, is immaterial to this figure who is content with his chains.

Kafka’s voice in this parable is able to see the enchainment as problematic. The narrator knows that “He” is enchained, he knows that there is a space to move in, if only that original moment could be reversed. We’re not provided any details of that moment, and perhaps its immaterial or unknowable. What we do know is that, because the enchainment forms the normative conditions of his movement, He refuses to countenance being otherwise. Often what we think of as the origin of our inability to be at home in the world is a phantasm.

One of the narrative features of this film is the way it plays with time in order to retroactively reveal its question. The final scene is a long panoramic shot of a lone walker traipsing his way across a drowning city of London, the climate apocalypse having been and gone. This mirrors Schekley’s short story, in which the final scene is a post-nuclear apocalypse cityscape. Once we see the store offering release from the world in this context, we retroactively recognise that what is lost is what is hoped for.

All Mr Lambert wants is to return to how things were. But, the return is a return in which he knows the end is coming. So, we sit with him and his disgusting colleague as they eat their steak discussing the “intoxicating” release of divorce, and we watch him in his rather sullen manner be with his family in the knowledge that the moments in the home are fragile and fleeting. The first time we see this, we are given to think this is the present, that it is what Mr Lambert is in the midst of. The retroactive recognition of his distance from these events, however, changes his and our relation to them. He is not living through them again, he is in them again knowing what will come again. Knowing the end makes him unable to enter back into his life, but his desire is to repeat it, and to do so at the end. “The world of the recent past?” It’s raining in London again, it won’t stop, the flood is coming.

I want to suggest one way of trying to tie some of these loose thoughts together. Capitalism functions not by satisfying our desires, but in its failure to satisfy. The commodity never lives up to the promise, but I never really wanted it to anyway. I wanted to desire, not the commodity. In order to repeat my desire, the commodity has to finally be unable to satisfy me, while in its absence elicit my desire. If capitalism functions this way, the psychic solution isn’t the oft cited theological imperative to turn to an infinitely replete source of satisfaction, God. Rather, perhaps the solution is to interrogate, and come to terms with, the lack that constitutes who I am. Theology, the discipline I work in, cannot wing in with the “real” object of desire, the deus ex machina that will rescue us from compulsive consumption with satisfaction. God is not the ultimately satisfying commodity. The commodity form itself has to come apart, but as it does so, the subject (person) constituted by this form also falls apart, and, perhaps also, the world. Ultimately, as is the case with Mr Lambert, the world itself might collapse under the weight of our desire, but the repetition compulsion—what Freud calls death drive—still isn’t overcome. Mar Lambert wants to consume his phantasm of a world again—right to the last drop—and again.

Kafka’s figure refuses to believe the mistake goes back to the moment when he was first chained. So he continues to exercise the limited possibilities in front of him. Of course, knowing that the chains are a mistake doesn’t release them. What can change though, is the past. We are all familiar with the moment of understanding that happens when a crucial recognition is made, the moment that changes the past. We realise something, and our understanding of a whole course of events changes, a course of events which had seemed stable until that moment. Of course, chronological time marches on relentlessly, and events don’t change after the fact. We do forget them though, we fail to attend, our subjectivity inflates to the size of the world, artificially suturing together its wounds.

As we in Melbourne come out of lockdown and return to the cafes, pubs, bookstores, and galleries, there is a moment of possibility. I was of course relieved and excited to be able to enjoy some of the things I love about the city again. By now, most of the time things feel pretty normal, aside from the ubiquitous QR codes and masks at the supermarket. But that’s the problem. This moment has to be where we attend to the horrors visited on our neighbours during the lockdowns, horrors that were already present. We can’t remember this as nothing more than the mediocre, white, male, middle class nightmare of working from home with children and gaining weight that I endured. We have to attend to how it is that I am writing in a public forum using the singular plural, we, in order to speak of this. Who is this “we”? I got my cafes and pubs back, my stress levels have come down and my health is coming back. But, what of the mother protecting her children from the abusive parter are/were trapped indoors with? What of the hundreds of thousands who have no idea what the federal government is going to give them next week, next month, just to survive? What of my indigenous neighbours, who find themselves, their health, and communities made even more vulnerable? What of the elderly, who find themselves vulnerable to a sector engaged in profit making “care”? Those problems were there already, and remain with us. How we retroactively create this history, how we tell ourselves this ends, matters. It’s too easy to, like Mr Lambert, escape.

Scott A. Kirkland is the John and Jeanne Stockdale Lecturer in Practical Theology and Ethics at Trinity College Theological School. His work focuses on modern German thought and its relationship to political-theological questions. He is the author of Into the Far Country: Karl Barth and the Modern Subject (Fortress, 2016), and co-author of Eschatology (Eerdmans, 2018).

Images used are sourced from unsplash.com